SINGAPORE (August 28, 2019) – Forbes Asia today announced the launch of its inaugural Best Over A Billion list, which spotlights 200 top-performing listed companies across the Asia-Pacific region with revenues of US$1 billion or more. The full list is available at www.forbes.com/bob and in the September issue of Forbes Asia.

The new list complements the long-established Best Under A Billion list of the 200 best-performing, small and mid-sized companies in the Asia-Pacific region with less than $1 billion in revenue. Together, the two lists now comprehensively cover all of Asia-Pacific’s listed companies, selecting the best 400 from the smallest to the biggest, using $1 billion in sales as a dividing line. 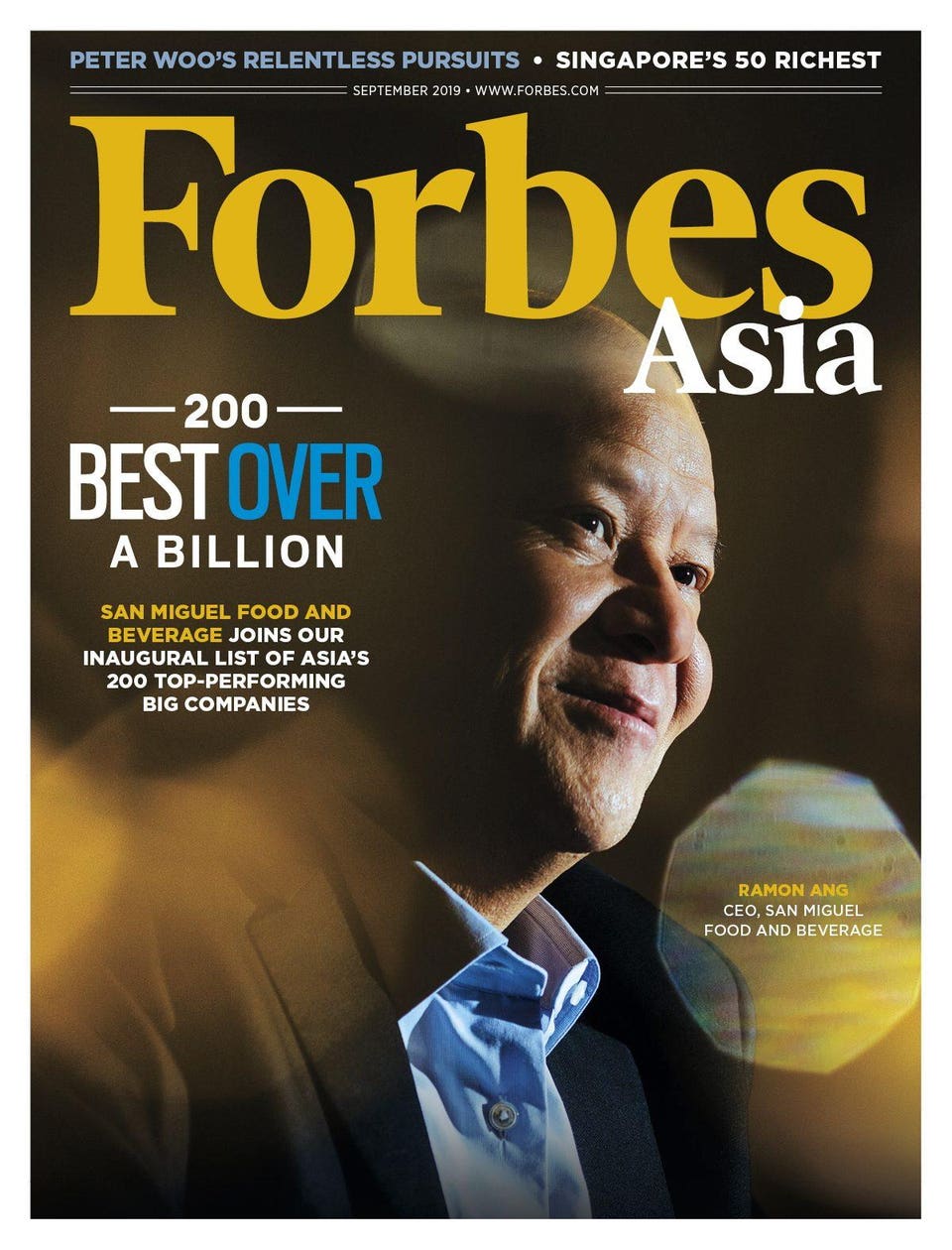 From a universe of 3,200 listed companies in the Asia-Pacific region, candidates for the Best Over A Billion list are evaluated based on more than a dozen metrics including their average five-year sales, operating income growth, return on capital, and projected growth over the next one to two years. Those having the highest composite score earned a place in the final list of 200. The goal is to find the region’s best-run companies that are doing well on not just one metric but across many of them. The result is a list that represents the best of Asia-Pacific’s big companies.

The biggest companies on the list by market value hail from the technology sector and the region’s largest markets. They include internet behemoths Alibaba and Tencent, as well as semiconductor giants Taiwan Semiconductor Manufacturing Co. and SK Hynix. Fast Retailing, the operator of the Uniqlo apparel chain founded by Japanese billionaire Tadashi Yanai, is among the 10 largest companies on the list by market value.

Industries that dominate the list include retail, real estate, banking, transportation as well as food and beverage manufacturing. One notable company is STO Express, the first courier service in China to go public in 2015. The Shenzhen-listed company’s net profit rose 38% in 2018 to 2.1 billion yuan ($310 million) on a 35% jump in revenues. Jewelry and watch retailer Titan also saw its net profit surge 26% to 13.9 billion rupees ($201 million) for the year ended March 31 on rising demand among Indian consumers for gold.

One example is San Miguel Food and Beverage which counts the Philippine billionaires Ramon Ang and Eduardo Cojuangco, Jr., among its biggest shareholders and are CEO and Chairman, respectively. The company’s shares have surged over 20% this year, outperforming the local stock market benchmark. Ramon Ang is the subject of the cover story in the September issue of Forbes Asia.

Companies in fast-growth industries also made the cut for this inaugural Best Over A Billion list. Recruit Holdings, Japan’s biggest employment search and recruiting company by market value posted its third consecutive year of increased earnings as more people used Recruit’s websites to look for everything from jobs to apartments. Its net profit rose nearly 15% in the year ended March 31 to 174 billion yen ($1.6 billion) on 2.3 trillion yen in revenue.

Biolidics to distribute Covid-19 test kits in the US